The Museum of Underwater Archaeology In The Field

The Museum of Underwater Archaeology (MUA) has a number of online field journals kept by students with photos and information. I found the University of West Florida's 2009 Field School journal (towards the bottom of the page) to be very interesting.


The Museum of Underwater Archaeology In The Field
4 comments:
Email ThisBlogThis!Share to TwitterShare to FacebookShare to Pinterest

In the autumn of 1758, British and provincial troops at Lake George in the colony of New York deliberately sank much of their squadron: a sloop, two radeaux (floating gun batteries), 260 bateaux, and other warships. This drastic step was necessary, since the British forces had no fortress at the lake to protect their fleet over the winter of 1758-1759; Fort William Henry had been destroyed the previous year. The "cold storage" sinking of the vessels in shallow water protected the watercraft from French raids over the winter months. As determined from the archaeological record, as many as 75% of the sunken boats were raised by the British and provincials in 1759 and then used in the successful Amherst campaign that year.

Those vessels not recovered, submerged remnants of "The Sunken Fleet of 1758," now offer underwater archaeologists an unparalleled opportunity to study French & Indian War (1755-1763) shipwrecks. In 1987, a not-for-profit organization, Bateaux Below, Inc., began a long-term underwater archaeological study of the shipwrecks of "The Sunken Fleet of 1758." Now over two decades later, Bateaux Below, Inc. is still conducting archival and field work on this collection of 18th century shipwrecks and other submerged cultural resources.

In 2008, a unique art/science collaborative project was conducted with the submerged cultural resources of "The Sunken Fleet of 1758" as the focal point. Biologist Sam Bowser and scientific divers with Bateaux Below, Inc. collected micro-scale single-celled organisms called testate amoebae from the lake sediment adjacent to the bateaux sunk in 1758. Because amoebae simply split in two when they reproduce, they are essentially immortal. In a sense, the amoebae inhabiting the sunken bateaux in 1758 are still alive today! Metaphorically, therefore, they serve as a portal to the past.

Description
Join Michigan Tech archaeologists excavating at sites of nineteenth
century pottery making in beautiful southern Utah. Immigrant potters
settled in small towns and large cities as part of the Latter-day
Saints' colonization of the desert and mountain west. Excavators hope
to learn how the potters adapted to the new physical and social
environments of the west, overcoming their limited technical skills to
use new raw materials and building businesses for a new social market.
The 2009 Excavations will concentrate on recovering details on
production-related features, including the kilns, clay processing
areas, and workshops, but will also include family households.

The Utah Pottery Project is a public archaeology program. Students
will work side-by-side with community members in research teams. Teams
will combine clues from excavation with evidence from oral history,
experimental archaeology, materials science, and archival research.
Students help to interpret discoveries to visitors both at the site
and in blogs on the web. The excavation results will be used to build
an operating replica pottery at the Iron Mission State Park Museum in
Cedar City, Utah.

Students will learn a broad array of field techniques, including
excavation, geoarchaeological and bioarchaeological sampling, survey
and mapping (including GPS), photography, illustration, artifact
identification, and materials science and experimental archaeology.

Room and Board arrangements
Students stay in a field camp. Camp is free, but expect to provide
your own tent and camping gear. Some communal equipment will be
provided-cooking stoves and ice chests are examples. Students often
organize themselves and share cooking responsibilities and costs.

Digital Antiquity seeks an entrepreneurial and visionary Executive Director who can play a central role in transforming the discipline of archaeology by leading the establishment of an on-line repository of the digital data and documents produced by archaeological research in the Americas. Digital Antiquity is a national initiative that is generously funded by the Andrew W. Mellon Foundation.

During its startup phase, Digital Antiquity resides within Arizona State University and the Executive Director will hold the position of Research Professor at ASU with a 12 month, renewable appointment, excellent benefits, and a rank and attractive salary commensurate with experience. A fixed term secondment or IPA (paid transfer from another position) would also be considered.

A link to the full job announcement may be found at http://digitalantiquity.org/. Interested individuals may also contact Keith Kintigh (kintigh@asu.edu) for more information. Consideration of applications will begin May 1, 2009.

If you are into computer games and puzzle games like I am, you are always on the lookout for new websites that offer them. Big Fish Games is one of these. They have a number of incredible games that are centered around archaeological themes.

Their Hidden Object games contain the most incredible graphics. Titles include The Serpent of Isis, Undiscovered World: The Incan Sun, Curse of the Pharaoh: Napoleon's Secret, and many others. Several of the games center around Egyptian museums, and lost artifacts.

You can play the games online for free, or buy them and download them to your computer. They also have Mac versions of some of them. If you do not want to download them, I have found Big Fish Games in Best Buy, and other electronics stores.

2 comments:
Email ThisBlogThis!Share to TwitterShare to FacebookShare to Pinterest

A very interesting rebuttal to an article by Nicholas Carr. Be sure to read the comments as well.

Archaeology Magazine Blog - Beyond Stone and Bone � Is Google Making Archaeologists Smarter?
No comments:
Email ThisBlogThis!Share to TwitterShare to FacebookShare to Pinterest

SHUMLA (Studying Human Use of Materials, Land & Art) and Texas State University are once again offering "Field methods in Rock Art." This three-week course gives students the opportunity to earn 3-6 hours of undergraduate -- or three hours of graduate-level credit while studying with one of the leading rock art researchers in the world.

Taught at the SHUMLA campus, located 50 miles west of Del Rio, Texas, the Lower Pecos River region is the home of hundreds of rock shelters, many of which contain some of the finest examples of prehistoric rock art in the world, dating to over 4,000 years old.

Field methods are the foundation of the science of archaeology. Rock art has posed a unique challenge to the field archaeologists because, unlike other artifacts, it cannot be excavated, labeled, bagged, and transported back to the lab for analysis. This course examines rock art as an integral component of the archaeological record. Students are trained in field methods gaining first-hand experience recording rock art sites using photography, field sketches, mapping, and written inventories. These techniques are designed to generate a visual and written description of the art, which can be used to infer and explain past human behavior.

Daily lectures introduce students to methods of interpretation and analysis and to the theoretical principles underlying cognitive archaeology. These discussions are provided by the course instructors and by archaeologists and anthropologists specializing in the archaeology of the Lower Pecos, hunting and gathering lifeways, expressive culture, and forging adaptations.

Learn how to analyze rock art data in order to formulate and test hypotheses.

Compare and contrast current theories regarding the meaning and function of the Lower Pecos rock art.

Become familiar with the foraging adaptation, hunter-gatherer belief systems, and the archaeology of the Lower Pecos River region.

Scholarships are available.
For more information, check the SHUMLA Web site
or read about past field schools at the Field School Blog
1 comment:
Email ThisBlogThis!Share to TwitterShare to FacebookShare to Pinterest

One of my favorite blog directories, Alltop.com, now covers Egyptology news, and blogs. You can find current news about new discoveries, papyrology, and Egyptian monuments and pyramids.

The Department of Anthropology, University of North Dakota, invites students to attend its Archaeological Field School in May and June, 2009. The 6-week course is being offered in cooperation with the USDA Forest Service, the National Park Service, and the USDI Bureau of Reclamation. The first 2-3 weeks of the field school will involve survey work at the Elkhorn/Ebert Ranch in the western North Dakota Badlands, where Theodore Roosevelt had a cattle operation in the 1880s. One week will be spent mapping the remains of the Elkhorn Ranch headquarters. The final 2-3 weeks will be spent conducting test excavations at multiple prehistoric sites at Shadehill Reservoir, SD.

Field school students will learn standard archeological field techniques, such as proper excavation methods, record keeping, site mapping via digital means (GPS, total station) and by paper, profiling and soil descriptions, photography, and so on. Students will receive up to six semester hours of undergraduate credit in Anthropology 380, Field Techniques in Archeology (one credit hour per week of participation). The application deadline is April 17, 2009. Enrollment is limited so please apply early.

If funds are available, field school students will be paid minimum hourly wages as student interns while working on the field school. This allows students to earn some income while getting first-hand experience in field archeology and earning valuable university credits. Basic living expenses (room and board) will be provided from field school project funds, and not from student fees.

UND Anthropology Research anticipates a busy schedule of archeological fieldwork this summer after the field school is over. There is a distinct possibility that we will be able to hire students to work as professionals on various field research projects during the rest of the summer.

Thank you for your time and consideration.

Recent Firing of Archaeology Researchers at Univ. of PA's Museum

You may have heard that on 19 November 2008 University of Pennsylvania Museum's 18 Research Specialists in Archaeology have been fired from their positions while their associated laboratories and centers such as MASCA (Museum Applied Sciences Center for Archaeology) have been shut down. Senior researchers such as Patrick McGovern, David G. Romano, Simon Martin, Barbara J. Hayden, Philip G. Chase, and Naomi Miller are among the fired.

There is now an online petition requesting the Museum and University administrators to reconsider their decision.

I would like to encourage all to sign and support the cause, and distribute as widely as possible in the archaeological community.

Nota bene: When signing the petition, please enter your affiliation in the
box labeled "optional" (It is not clearly labeled as "affiliation").

Let us stand for the future of archaeological research in academia!

Many thanks, and best wishes
Ömür 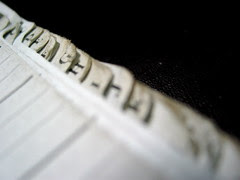 Image by Stitch via FlickrArchaeology Online is now on the blog directories Alltop and Regator! Both of these directories are extremely useful in finding other anthropology and archaeology websites and blogs, and I suggest you explore them.